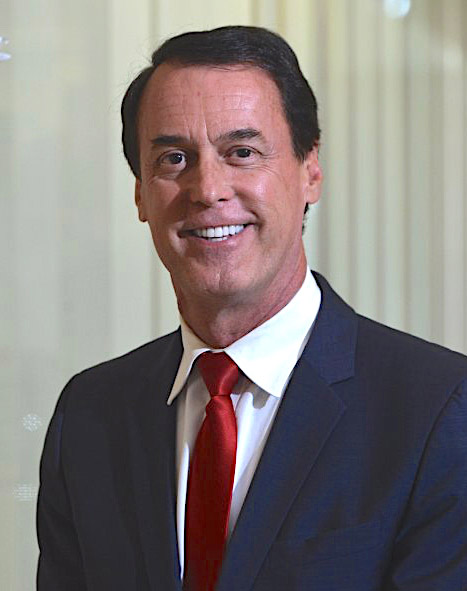 It was the most difficult period in the history of Metrolink, the regional commuter-rail authority serving roughly 50,000 daily riders in five Southern California counties.

In 2008, a Union Pacific locomotive slammed into a Metrolink train in Los Angeles’ Chatsworth neighborhood, killing 25 and injuring dozens of others. Among the casualties, a good friend who was critically injured and an 18-year-old girl, along with many others who were on their way home to Ventura County.

The Metrolink passengers and staff were a tight knit family and the accident had a devastating impact on them. The NTSB’s investigation revealed that the cause of the crash was a contract engineer of the Metrolink train who was distracted by texting who ran a red signal. Into this difficult situation, Millhouse was chosen as chairman of the Metrolink board.

“It was a difficult and painful time for all of us at Metrolink, but perhaps I felt it especially hard because I had my personal connections, many that were killed and injured, and the fact that I saw the families’ pain and devastation firsthand,” Millhouse said.

“I was determined that Metrolink would do everything it could to prevent something like that from ever happening again. And we did.”

Under Millhouse’s leadership, the board committed Metrolink to becoming a national safety leader. Overcoming union objections, the organization became the first in the country to install inward-facing cameras in locomotive cabs. It became the first commuter rail operator to install operative Positive Train Control technology. And it was the first to place into service new state-of-the-art rail cars, designed in conjunction with the Volpe Safety institute with life-saving collision-absorption technologies designed to keep passengers and crew safe in the event of a collision.

These days, Millhouse lends his talents, relationships and experience to the private sector, guiding clients through the thickets of regulatory and community oversight and engagement, ensuring projects find the right partners, the right scale and the right opportunities for success.

As Metrolink board chairman in the Chatsworth aftermath, Millhouse was frequently in the news, talking with media, regulators and community members about the agency’s response to the crisis, and building consensus to ensure those vital safety steps were taken.

“We had to come together as an organization and focus on the positive steps we could take, the issues we could control, to make our service the nation’s safest and best,” Millhouse said. “The board really came together to make that happen, but it took a lot of work, a lot of discussion, a lot of relationship building and trust.”

The experience shaped Millhouse, honing his relationships across the Metrolink service area and his expertise in building consensus while finalizing deals to make the board’s priorities a reality.

His time as Metrolink chairman is just one example of the leadership, experience and talent of Millhouse, an attorney and infrastructure consultant who has built a reputation as a nationally known transportation, infrastructure and rail-safety expert.

Over the past two decades, as a public servant who has led numerous Southern California policy-making bodies, Millhouse has been solving problems, opening doors and connecting people, institutions and constituencies.

His work as a consultant is built on and informed by an enviable track record of involvement in making Southern California go.

In all, he served 12 years on the Metrolink board, including two years as its chairman, during those transformative post-crash months.

For 11 years, Millhouse was a board member of the Southern California Association of Governments (SCAG), the state-created, regional priority-setting body whose membership includes more than 170 local jurisdictions.

As a SCAG and Metrolink board member, he built relationships with local government leaders, contractors and influencers from the Conejo Corridor to the Coachella Valley, from Palmdale to Dana Point.

Millhouse also served 13 years and was twice chairman of the Ventura County Transportation Commission, and served 16 years on the Moorpark City Council. He is a go-to media expert and public speaker before national and regional transportation, safety and infrastructure bodies.

Millhouse now provides consulting and legal expertise for companies and individuals involved in transportation, infrastructure, safety and other major projects across Southern California and beyond.

A graduate of Pepperdine Law School, Millhouse is a law firm founder and a principal at Millhouse Strategies. He is based in Westlake Village, Calif.